High Tide Inc. (CSE:HITI) (OTC:HITIF) Has 10 Enviable Years of Experience & 6 Vertically-Integrated Businesses Under Its Belt…And They’re Growing Faster Than Ever

“The pace of achievements by High Tide in such a short period of time reinforces the value of our strategic investment.”

That quote from Terry Booth is how the CEO of one of the world’s largest and leading pot companies[1] sums up all the excitement around High Tide Inc. (CSE:HITI) (OTC:HITIF). It also explains why Aurora (TSE: ACB) invested additional capital into High Tide in 2019 on the heels of their initial $10-million investment back in late 2018.

High Tide Inc. (CSE:HITI) (OTC:HITIF) is making some serious waves and is attracting well-deserved attention as it continues to carve out ever-greater market dominance in the smoking accessories manufacturing, wholesale and retail pot sectors.

With legal pot spending in Canada projected to hit nearly $5.2 billion by 20242, High Tide’s (CSE:HITI) (OTC:HITIF) potential for big investment gains would be exciting enough if it only involved the Canadian pot market.

But Canada is just one part of High Tide’s investment appeal. They’re also expanding their international and online footprint through the manufacturing and wholesale distribution of smoking accessories and pot lifestyle products.

After serving pot consumers for the past decade through its smoke shops, High Tide (CSE:HITI) (OTC:HITIF) isn’t only the largest counterculture chain in Canada and a dominant distributor and manufacturer, they also know the hottest items, which offerings have the highest margins, and how to build and operate companies that can keep them leading the pack.

Their portfolio of six companies is what drove High Tide’s (CSE:HITI) (OTC:HITIF) Q3 2019 revenue growth of 281% year-over-year to hit $8.3 million for that quarter alone3.

“The increases are primarily due to the acquisition of Grasscity, the retail pot operations of Canna Cabana which began generating revenue on October 27, 2018 as well as sales made to new customers in the Company’s Wholesale Segment.”4

In other words, High Tide (CSE: HITI) (OTC: HITIF) is fulfilling their vision of growing organically and through acquisitions to become, in their words, “the largest vertically integrated pot enterprise in the world”5.

That revenue doesn’t even include the $797,000 in sales High Tide (CSE:HITI) (OTC:HITIF) raked in over just 3 days in mid-October during their celebration of the first anniversary of legalization of recreational pot in Canada.5

High Tide’s (CSE:HITI) (OTC:HITIF) revenue growth underscores how a smaller company has so much more potential for rapid expansion and upside potential.

But the table above also shows how undervalued High Tide (CSE:HITI) (OTC:HITIF) is when comparing market caps to revenue. Larger companies like Hexo, Canopy Growth and Planet 13 have market caps that are 34x, and 88x, and 19x larger than their Q3 2019 revenue, while High Tide’s market cap is only 4x larger.

With High Tide continuing to grow its revenue and make its mark in the pot market, its seriously undervalued stock will have investors keeping a close eye on them.

Backed by Aurora, Aphria and Other Major Industry Players

Even High Tide’s (CSE:HITI) (OTC:HITIF) competitors are investing in the company AND becoming customers. Just take Aurora (TSE: ACB). On December 13, 2018, they made their first investment in High Tide: $10 million.6

And with High Tide’s (CSE:HITI) (OTC:HITIF) penchant for rapid expansion, it’s no wonder that in 2019, Aurora invested even more. As Aurora’s CEO, Terry Booth, put it:

“High Tide continues to execute on its goals and is leading by example in the downstream segment of the pot industry. The pace of achievements by High Tide in such a short period of time reinforces the value of our strategic investment.”

Other pot-focused strategic investors that see the value High Tide (CSE:HITI) (OTC:HITIF) offers include Aphria Inc., who anchored High Tide’s non-brokered private placement in April 2019 with a $4.5 million order8, and FSD Pharma, who was among High Tide’s earliest supporters9 with a current investment of over $3.0 million.

And with 27 operating locations and plans for over 130 stores across Canada, Canna Cabana has a major head start on competitors looking to penetrate the emerging Canadian market.

High Tide’s (CSE:HITI) (OTC:HITIF) largest Canadian presence is in Alberta. That province’s 2018 sales represented 28% of national sales despite only having only 11% of Canada’s population. In other words, Alberta is a hot pot market…and High Tide is only adding to its strength there.

Company #1 – Canna Cabana: Launched in 2018, this recreational pot store network is currently in the process of becoming one of Canada’s largest through establishing new locations and retrofitting existing stores. With their latest store having launched in November 2019, they already have 27 branded locations across Alberta, Ontario and Saskatchewan, plus they’re developing stores in BC and Manitoba too, all of which is  contributing to High Tide’s (CSE:HITI) (OTC:HITIF) rapid growth.

Company #2 – KushBar: With the first 3 Alberta-based-stores launched in late 2019, this retail business is all about offering pot consumers an elevated experience marked by proprietary products, excellent customer service and attractive environments. They have a fourth location currently under construction in Alberta.

Company #3 – Smoker’s Corner: Founded back in 2009, this original smoking accessory chain currently amounts to 11 locations (7 franchises; 4 corporate stores). That makes it one of the largest chains of pot accessory stores in all of Canada, and gives High Tide (CSE:HITI) (OTC:HITIF) a competitive advantage and complementary platform as the legalized market continues to roll out.

Company #4 – Grasscity: This Amsterdam-based company is the world’s top pot accessory e-retailer with a 20+ year history, 5.8 million site visits per year, a customer database of 600,000, and 65,000 orders per year with about 90% of those coming from customers in the US. That’s what you call a significant and strategic acquisition for High Tide (CSE:HITI) (OTC:HITIF).

Company #5 – RGR Canada: Founded in 2011, this wholesaler has grown into Canada’s premier distributor and manufacturer of premium pot accessories that distributes to independent retailers nationwide. RGR is vertically-integrated from factory to retail, with a 27,000-square-foot facility in Alberta, over 4,300 SKUs, and over 70% of its catalog designed and manufactured in-house to help maximize High Tide’s (CSE:HITI) (OTC:HITIF)margins.

Company #6: Famous Brandz:Backed by celebrity brands such as Snoop Dogg, Cheech and Chong, Guns N’ Roses and more, in 3 short years this manufacturer and global distributor of licensed and proprietary smoking accessories has become a dominant brand carried by the largest distributors and retail chains across the globe. It also serves as an ideal platform for the endless release of new brands and products.

With those 6 subsidiaries in their portfolio, High Tide (CSE:HITI) (OTC:HITIF) has strategically established themselves in ALL downstream pot markets

Which means that, as the legal pot market continues to emerge and expand, High Tide (CSE:HITI) (OTC:HITIF) just might be the most likely stock to ride that wave to new highs.

Growing Its Already Strong Brands Across Canada and Around The World

You couldn’t blame High Tide Inc. (CSE:HITI) (OTC:HITIF) if they took a breather and basked in their success to date, especially with their accessories being sold in 3,000 stores worldwide across 20+ countries10 and their annualized bricks-and-mortar retail customer transactions exceeding 4,000,000.

But slowing down is apparently not their style.

Instead, High Tide (CSE:HITI) (OTC:HITIF) is turning up the heat. They’re expanding their existing retail presence with  Canna Cabana (27) and KushBar (3) stores now open and development permits and leases for significant  further growth.

KushBar has another location currently under construction in Alberta. When it comes to Ontario, the plan is for many more locations in the near term. High Tide (CSE:HITI) (OTC:HITIF) also demonstrated their commitment to the KushBar brand by entering into an agreement in December 2019 to buy out the remaining 49.9% interest in KushBar Inc., which gave High Tide full ownership of the business.

Plus there’s High Tide’s (CSE:HITI) (OTC:HITIF) future plan to launch a lounge concept that could serve or facilitate the consumption of edibles, infused beverages, concentrates and other products, especially since these products were legalized in Canada in late 2019.

Slowing down is clearly not High Tide’s (CSE:HITI) (OTC:HITIF) style.

Backed By The Powerful Sway Of Celebrities

Their partnerships with celebrities and major media partners that are more than relatable to pot consumers include:

In today’s culture where celebrity influencers have some of the largest followings and an incredible ability to sway consumer behaviors, these cross-promotional relationships give High Tide (CSE:HITI) (OTC:HITIF) an advantage and cool factor that most of their competitors lack.

You simply can’t build the kind of business with the upside potential that High Tide (CSE:HITI) (OTC:HITIF) has so amply demonstrated without a world-class leadership team.

Here are the key players that make up that leadership team.

Mr. Grover has been a pioneer in the pot accessories industry since 2009 and has a 18-year record of founding and operating successful companies, including High Tide Inc. (CSE:HITI) (OTC:HITIF), its subsidiaries RGR Canada, Smoker’s Corner and Canna Cabana, and is the co-founder of the subsidiary Famous Brandz. Along the way, he has built the largest network of comparable retail stores in Canada.

Mr. Mackay knows what it takes to build a company made up of successful brands and offerings, thanks to his 21-year career at one of Canada’s largest telecommunications organizations. He has extensive operational experience and insight into growing sales while also ensuring customer satisfaction.

Mr. Kuzyk represents a strong mix of education (an HBA and MBA from the Richard Ivey School of Business at Western University) and hands-on experience from nearly 20 years of experience in 3 areas crucial to High Tide’s (CSE:HITI) (OTC:HITIF) ongoing expansion: investor relations, mergers and acquisitions and business development.

Mr. Palalas develops distribution channels, sources new market opportunities and oversees High Tide’s (CSE:HITI) (OTC:HITIF) revenue portfolio. To make that possible, he draws on his extensive experience in loyalty marketing, his track record of explosive growth in franchise sales and operations, and his mastery of ground-level business development through to overarching marketing strategy.

Mr. Kanji has an MBA from the Richard Ivey School of Business at Western University and 18+ years of experience in everything from start-ups to enterprise-level companies. Of special significance to High Tide’s (CSE:HITI) (OTC:HITIF) ongoing growth is work with international expansions, mergers and acquisitions and strategy development.

Over 10 Years of Operations, 6 Vertically-Integrated Businesses, And Growing Faster Than Ever:

High Tide is the full package: they’re the largest counterculture chain in Canada, a dominant distributor and manufacturer, and they’re strategically established in all downstream pot markets.

Its subsidiaries, Canna Cabana and KushBar, currently have 30 branded locations across multiple provinces, and plans for over 130 stores across Canada, thereby giving High Tide (CSE:HITI) (OTC:HITIF) a major head start on competitors looking to penetrate the emerging Canadian market.

On January 7, 2020, the company announced that it secured a $10 million credit facility to expand Canna Cabana across Ontario, to continue growing beyond the current 27 branded locations across Canada14.

CEO Raj Grover is a proven pioneer who has been in the industry for over 10 years and draws on an 18-year track record of building successful businesses. The rest of the team only adds to High Tide’s (CSE:HITI) (OTC:HITIF) ability to fulfill their vision of growing organically and through acquisitions to become “the largest vertically integrated pot enterprise in the world”15.

This Celebrity-Backed, Yet Little-Known Pot Company is on Track to Become One of the Largest Retail pot Chains in Canada! Get Their Latest Press Releases Delivered Right to Your Inbox
Bonus: Sign Up Now and Get Your Free 2019 Pot Investor Guide 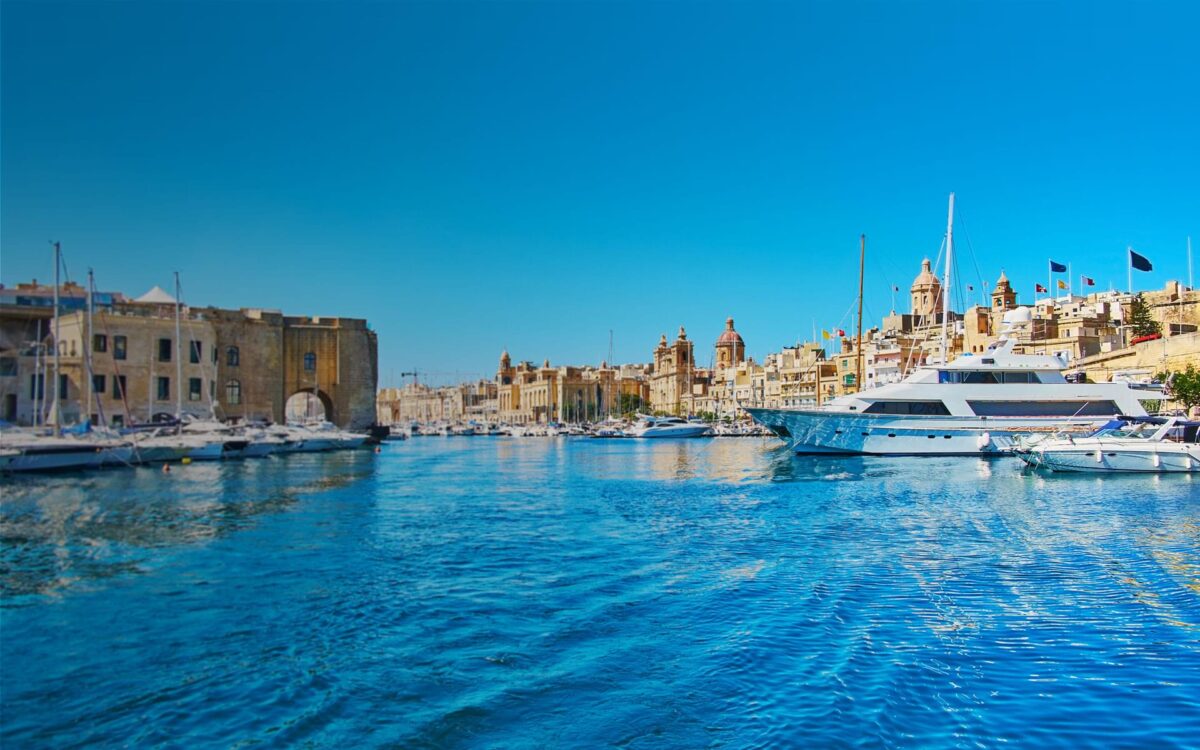 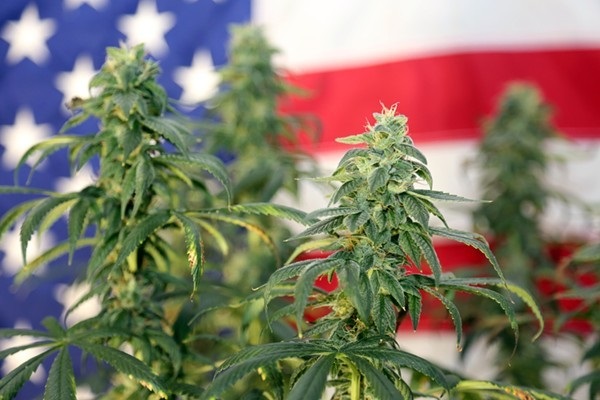 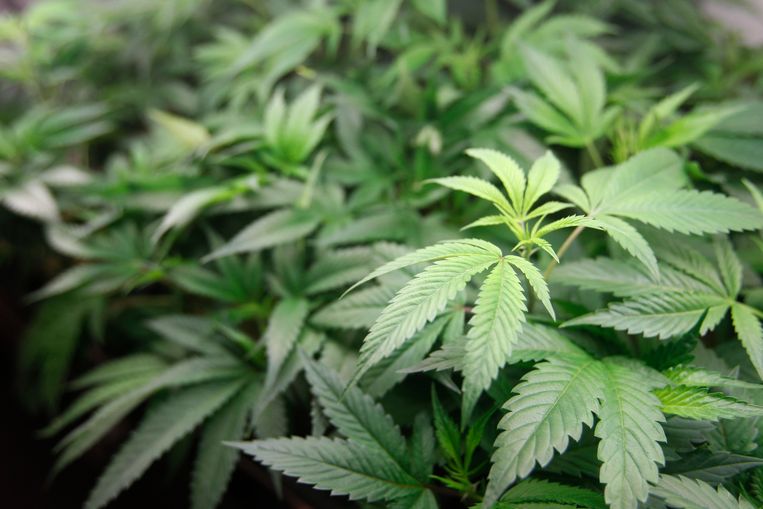