The $4.2 trillion global wellness market is on the verge of a massive disruption.

Cannabis legalization in Canada – and throughout many U.S. states – has touched off a potentially explosive growth opportunity.

One company is right now bringing hemp and cannabis-infused products to this rapidly-growing market in a way that connects ancient healing with modern science.

The Yield Growth Corp. has moved quickly to establish itself as an early leader in the cannabis-infused luxury wellness space.

By bringing cannabis to the luxury wellness market, The Yield Growth Corp. is serving a market filled with mainstream luxury consumers in search of sophisticated wellness products.

The Yield Growth Corp. is currently commercializing over 100 cannabis wellness and beauty products internationally and has multiple revenue streams including licensing, services and product sales.

The Yield Growth Corp. (CSE: BOSS); (OTCQB: BOSQF); (Frankfurt:YG3) is a vertically-integrated company that currently has access to multiple revenue streams via its six subsidiary companies:

The Yield Growth Corp. Appears Significantly Undervalued Compared to Others in the Wellness Space 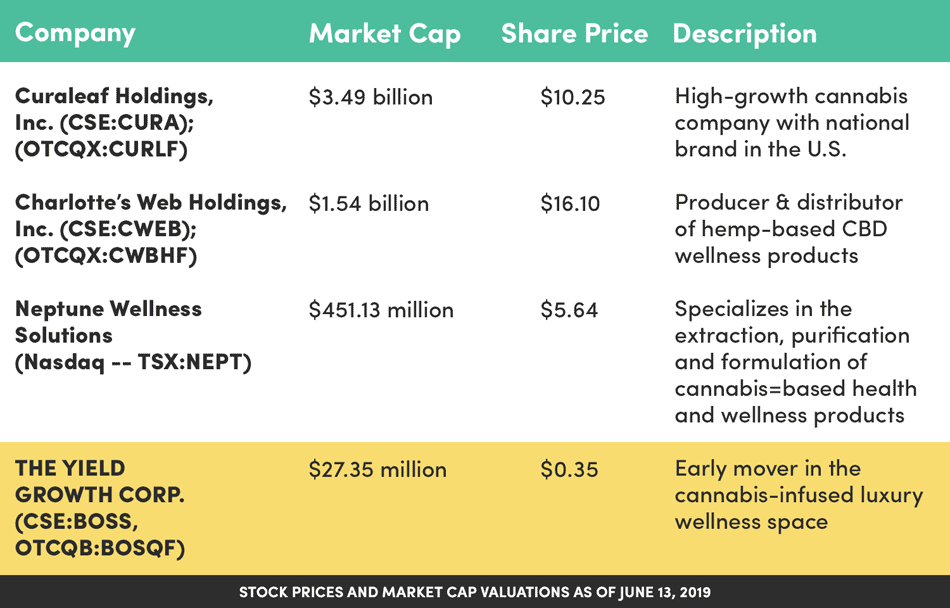 Investors looking to take advantage of the opportunities created by cannabis legalization in a massive industry – like the $4.2 trillion global wellness industry[i] – should consider adding shares of The Yield Growth Corp. (CSE: BOSS); (OTCQB: BOSQF); (Frankfurt:YG3) while the company is still below Wall Street’s radar.

Urban Juve is launching over 50 proprietary skincare and wellness products infused with Cannabis Sativa hemp root and hemp seed oil. Urban Juve sells directly to North American consumers through its e-commerce site, and is distributed across Canada through various retailers. 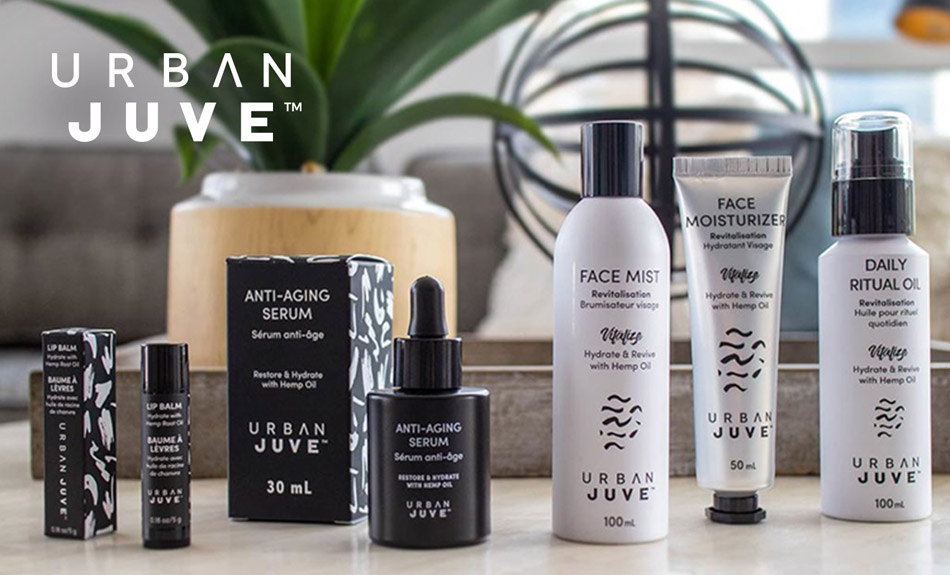 Urban Juve is focused on the nourishment, rejuvenation and transformation of the body from the inside out. All of Urban Juve’s products contain natural Cannabis Sativa and hemp oil – a powerhouse oil packed with antioxidants, essential amino acids and vitamins and minerals, including calcium, potassium, magnesium, copper, folate, vitamins B-6 and E.

Urban Juve is banking on cannabis’ strength as a treatment for pain, digestive disorders, dysentery, sexual prowess, and many other medical uses known among the ancient Ayurvedic medicinal traditions that the company’s products adhere to.

On April 11, 2019 The Yield Growth Corp. (CSE: BOSS); (OTCQB: BOSQF); (Frankfurt:YG3) announced plans to sell Urban Juve hemp beauty products in China via China’s most popular messaging app, WeChat, and to launch a marketing campaign with a pop-up kiosk to rotate through luxury shopping malls and other major locations in Hong Kong for three months beginning in June 2019.

1) Poised for Growth – The Yield Growth Corp. (CSE: BOSS); (OTCQB: BOSQF); (Frankfurt:YG3) is a vertically-integrated, science-backed company that has taken great strides to become the world’s leading cannabis topicals company and has a significant first-to-market advantage.
2) The Next Estee Lauder? – The Yield Growth Corp. is a company with aspirations to become the next multi-billion wellness/cosmetics giant that emerges from the cannabis industry…and is already taking steps to execute this vision.
3) Proven Management Team – Led by CEO Penny Green, the dynamic leaders guiding The Yield Growth Corp. have an outstanding track record of delivering value for early shareholders.
4) Disrupting the $4.2 Trillion Global Wellness Industry – The growing trend toward cannabis legalization has not only triggered a rapidly-growing global market for legal cannabis…it is also causing massive disruption in the wellness industry. The Yield Growth Corp. (CSE: BOSS); (OTCQB: BOSQF); (Frankfurt:YG3) is poised to take advantage of this disruption in a powerful way over the next 12 months.
5) The Wheels Are Already in Motion – Thanks to the company’s line of Urban Juve products – with transactions already signed in North America and Italy – revenue is already incoming. The Company has also recently announced a number of key product initiatives and critical sales & distribution milestones that demonstrate to the market that The Yield Growth Corp. is moving ahead with its aggressive growth plans for 2019 and beyond.

The Yield Growth Corp’s highly experienced leadership team is made up of proven leaders with extensive backgrounds and success stories from a variety of relevant industries. 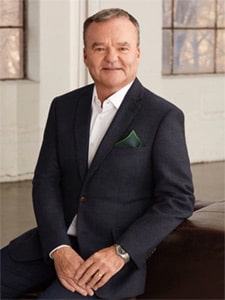 Thomas was with M·A·C Cosmetics from 1993 until its sale to Estee Lauder in 1999. He started as the CFO and took on the COO role in 1994. From 1993 to 1999, annual revenues at M·A·C Cosmetics grew from $12 million to over $300 million. His achievements included building an executive team that could support the growth objectives, opening M·A·C-owned retail stores, diversifying the business geographically by expanding into the U.K., France, Italy and Hong Kong, and mitigating the retailer concentration risk in the U.S. by adding distribution agreements with a number of major department stores. He was personally responsible for leading the discussions with Estee Lauder and negotiating the final sale agreement. After the acquisition, he continued to provide full-time consulting services to M·A·C Cosmetics until 2002. Thomas is a CPA C.A. and holds an MBA from the Rotman School of Business at the University of Toronto.

Thomas Bond has over 35 years experience partnering with businesses to build and deliver operational and financial infrastructure that supports annual double-digit revenue growth. He has held C-level financial and operational positions with companies engaged in cosmetics, apparel, and construction, including M·A·C Cosmetics, Cover FX Skin Care, and Tridel. 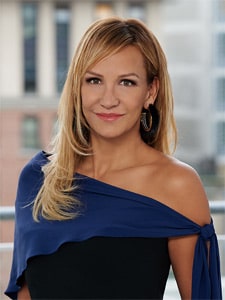 Recognized on PROFIT Magazine’s W100 list of top Canadian female entrepreneurs, Penny Green is a co-founder and major shareholder of The Yield Growth Corp., Hey Bryan Media Inc. and Antler Retail Inc. Under her leadership as CEO, her law firm, Bacchus Law Corporation, was in the PROFIT 500 Fastest Growing companies in 2015 and 2016 based on revenues. Penny has extensive experience in capital markets and has been involved in over 100 private to public transactions. She was a co-founder and an initial director and officer of Merus Labs Inc., which had revenues of $111 million in fiscal 2016 and was acquired by Norgine B.V. in July 2017 for approximately $342 million.

Penny is recognized as a thought leader and regularly participates as an expert speaker for keynotes and panels on Cannabis, Capital-raising and Fintech, including CryptoHQ, alongside the World Economic Forum in Davos in 2018. Penny has been featured in The National Post, The Globe and Mail, BNN, Chatelaine, Business in Vancouver, Breakfast Television and more. Penny Green is also a published author for Forbes and a member of the invite-only, Forbes Technology Council. In 2018 she spoke at TEDx Vancouver on Cannabis. In 2012, she was the western regional finalist for the RBC Canadian Woman Entrepreneur of the Year award. 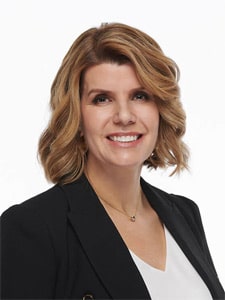 Amy Frankel has over 15 years of experience working with consumer product companies. In her various roles as in-house counsel, Amy has gained vast experience building, protecting and expanding international brands. Previously, Amy was Co-General Counsel of Aritzia LP (TSX: ATZ) and Associate General Counsel of Skechers USA Inc. (NYSE: SKX). During her time at Skechers, annual revenues increased approximately 50% ($675M to $1.006B) and the share price increased over 300%. During her time at Aritzia, annual revenues increased approximately 100%, from under $400M to $743M. Her expertise includes negotiating inbound and outbound licensing deals, developing intellectual property strategies, and managing international intellectual property portfolios. Amy’s experience also includes corporate governance for private and public US and Canadian companies, as well as a wide breadth of commercial matters, including distribution agreements and technology contracts.

Amy began her career as a business litigator in Los Angeles, appearing before numerous state and federal courts before moving in-house with Skechers. Amy practiced law in California for 10 years prior to moving to Vancouver, BC. In 2008, she was admitted to the Law Society of British Columbia. Amy obtained her Bachelor’s degree from the University of California, Santa Barbara and her Juris Doctorate from the University of California, Hastings. She is licensed in California and British Columbia. 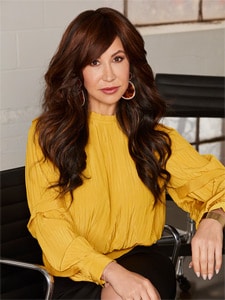 Highlights of Sandi Lesueur’s professional experience include the design and launch of several product lines for physicians and celebrities such as dermatologist Dr. Jason Rivers, and Oprah Winfrey’s makeup artist, Derrick Rutledge at OOH Lifestyle. Over her eight-year tenure, she played a role in the meteoric rise of M·A·C Cosmetics, where she helped grow M·A·C Cosmetics from 3 stores to 88 stores across Canada, and developed expertise to recognize and situate innovative brands as future dominant players in the cosmetics business.   She was CEO of Riversol Skin Care Solutions Inc., collaborating with Dr. Jason Rivers, Vice President of the Dermatology Association of Canada to develop Riversol Skin Care Inc. and founded the second line Riversol MD. Her health and wellness knowledge — combined with experience in global production, distribution and brand cohesion — will position Urban Juve as a unique force in a lucrative, growing sector in full-spectrum health. 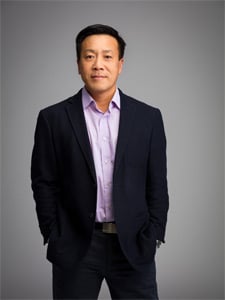 Rick Huang served as CFO of Hanwei Energy Services corporation (TSX: HE). Rick has also served as CFO of several other publicly traded companies, where he has managed all aspects of finance, banking, compliance, accounting, reporting, internal control, admin, and supporting the board of directors in financial oversight. He also has supervised all aspects of accounting for various subsidiary companies in Canada, China, Russia and Kazakhstan and consolidations under IFRS.

He has worked on investor relations activities, roadshow AGM preparations, and licensing agreements and has led various public equity financing projects raising funds of up to $90 million and leading acquisitions of up to $80 million. Rick has negotiated for international joint ventures, including drafting shareholders’ agreements, establishing international legal entities, and assets transfers. Rick also serves as Chair of the Audit Committee for Datable Technology Corp. (TSXV: TTM) and previously Chair of the Governance Committee and member of the Audit Committee of Poydras Gaming Finance Corp. (TSXV: PYD) 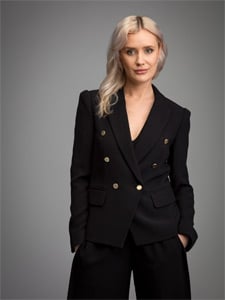 Krystal has eight years of venture capital experience as an early stage investor and fundraiser. Krystal is the founder, chief financial officer, and director of KP Capital Inc, a family office that invests in early stage startups, as well as providing corporate advisory services. She has an extensive international network in the cannabis industry which resulted in Urban Juve being included in this year’s pre-Oscar event in Hollywood. She is also a director of Antler Retail Inc., an international retail cannabis chain. Krystal has also championed women’s empowerment and done charitable work and fundraising for the Portland Hotel Society – a downtown eastside women’s shelter that provides recovery services for marginalized and homeless women. 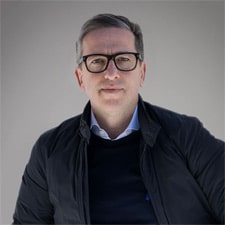 Spiros Margaris, is a Venture Capitalist (founder of Margaris Ventures) and thought leader in the FinTech, InsurTech and AI industries. He holds a Master in Business Administration (MBA) from from the University of Toronto’s Rotman School of Management. Spiros is the the first international influencer to achieve ‘The Triple Crown’ ranking – he was ranked the international № 1 FinTech, Blockchain, and Artificial Intelligence (AI) influencer by Onalytica. He regularly appears in the top three positions of established global industry influencer rankings. He is a speaker at international FinTech, and InsurTech conferences and gave a TEDxAcademy Talk. Spiros published an AI white paper, “Machine learning in financial services: Changing the rules of the game,” for the enterprise software vendor SAP. 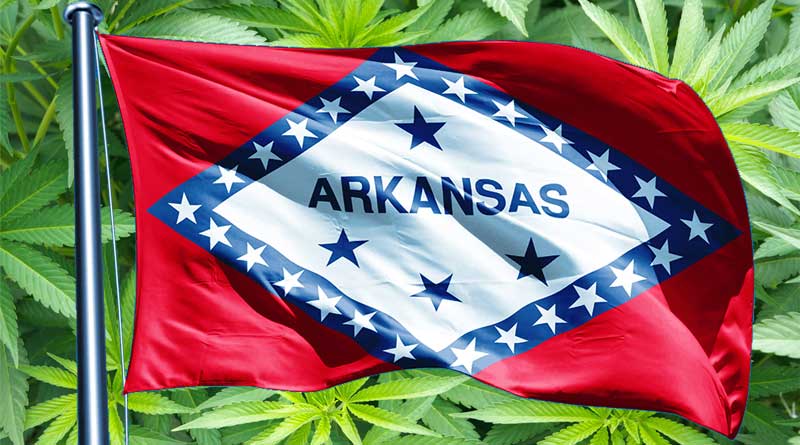 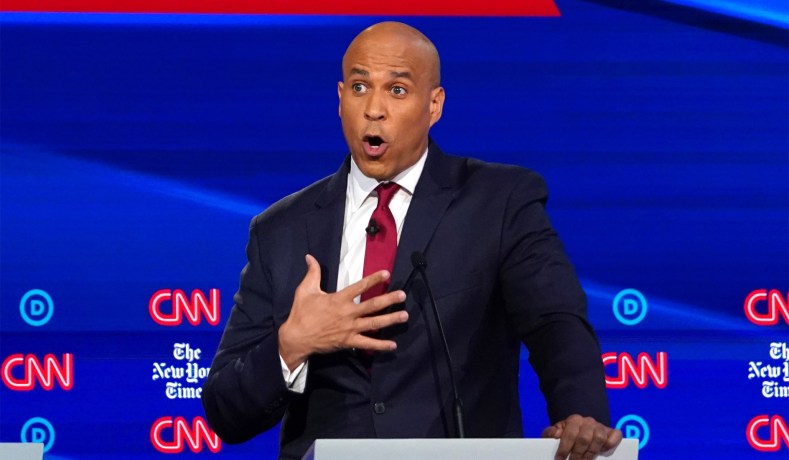 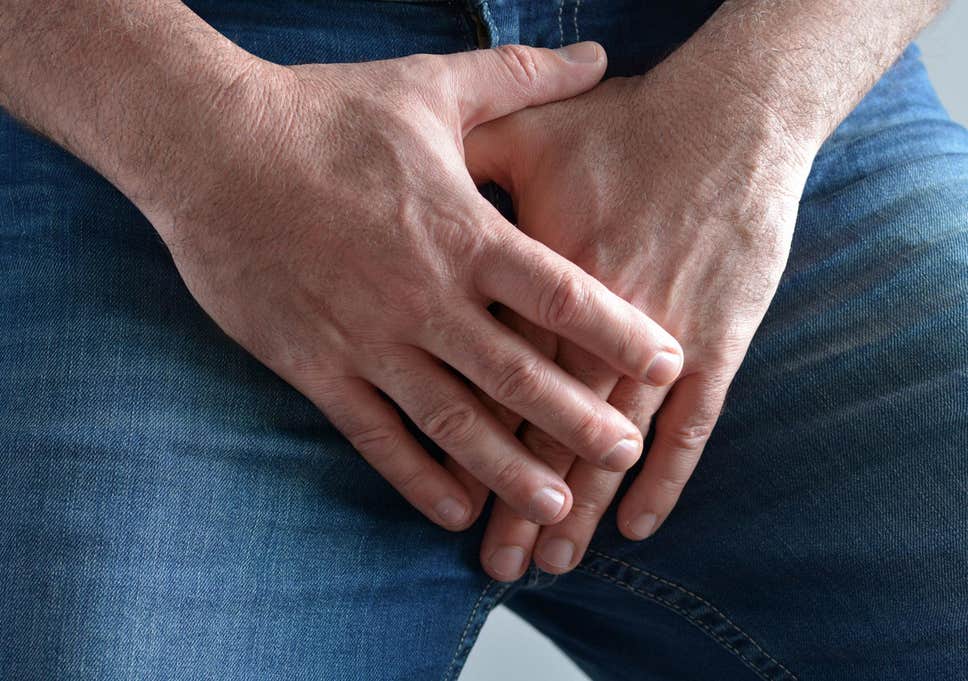 Get Updates For The Yield Growth Corp In Your Inbox