This one could have massive upside potential.

That’s because – unlike many of today’s fast-moving cannabis companies run by investment bankers – Rubicon Organics is led by executives with a history of successful organic cannabis cultivation and building super-premium brands.

These executives include the organic cannabis pioneers behind Whistler Medical Marijuana Corp. (WMMC) and brand-builders who helped lead famous brands such as Red Bull, Diageo, and Proctor & Gamble.

It’s that expertise – and proven experience bringing super-premium brands to market – that makes Rubicon Organics (CSE: ROMJ); (OTC: ROMJF) such an attractive investment to consider in this rapidly-growing market.

And then ultimately being acquired by Aurora Cannabis in January 2019 for C$175 million!

At the time WMMC was acquired for C$175 million, the company had a cultivation capacity of just 5,000 kg.

These organic cannabis pioneers are aiming to have their latest venture – Rubicon Organics (CSE: ROMJ); (OTC: ROMJF) – cultivate 11,000 kg in 2020…more than double the capacity of Whistler Medical!

In fact, the reason Rubicon Organics was founded by Jesse and Peter was because they believed organic cannabis could be cultivated at scale in hybrid greenhouses at a fraction of the WMMC’s high indoor cultivation costs.

And they have now proven this concept in Washington State, where their proprietary organic cultivation methodologies are being applied to grow super-premium cannabis that is being sold under super-premium brand names selling at US$15 per gram.

Here’s how this scenario is now unfolding…

No question about it – Canada’s legal cannabis market is still in the early stages of a massive growth phase.

According to industry experts, the Canadian cannabis market is currently worth $5.7 billion CDN…and is projected to grow to more than $8 billion CDN by 2022.

This would make the marijuana market larger than other recreational industries in Canada, including the $5 billion whiskey/spirits market and the $7 billion wine market. 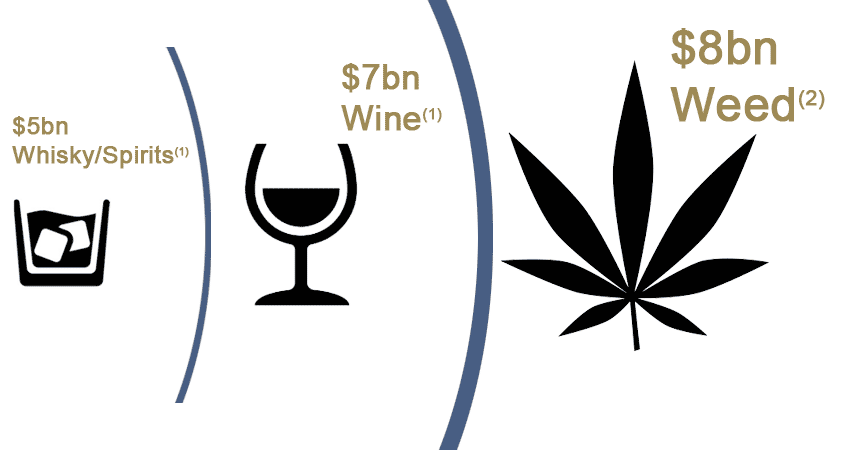 This extraordinary market growth has already attracted a great deal of attention from investors.

But as more players enter the market, the challenge for investors is to find a cannabis investment that stands apart from the competition.

In July 2019, the Company received an organic certification from the Fraser Valley Organic Producers Association (FVOPA) for its 125,000-square-foot hybrid greenhouse facility in British Columbia.

This made Rubicon Organics one of just two cannabis companies in Canada to be certified by FVOPA (with the first company being WMMC – ring a bell?)

Rubicon Organics is a rare combination of:

Why is focusing on the super-premium market so important? 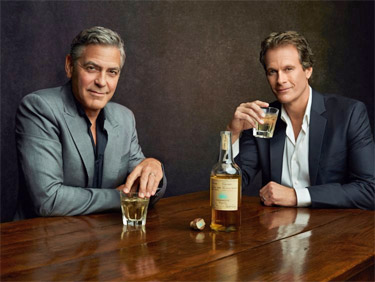 Look no further than the spirits market for a prime example, where George Clooney and his partners built a super-premium tequila brand – Casamigos – into a company that sold for $1 billion just five years after being founded. 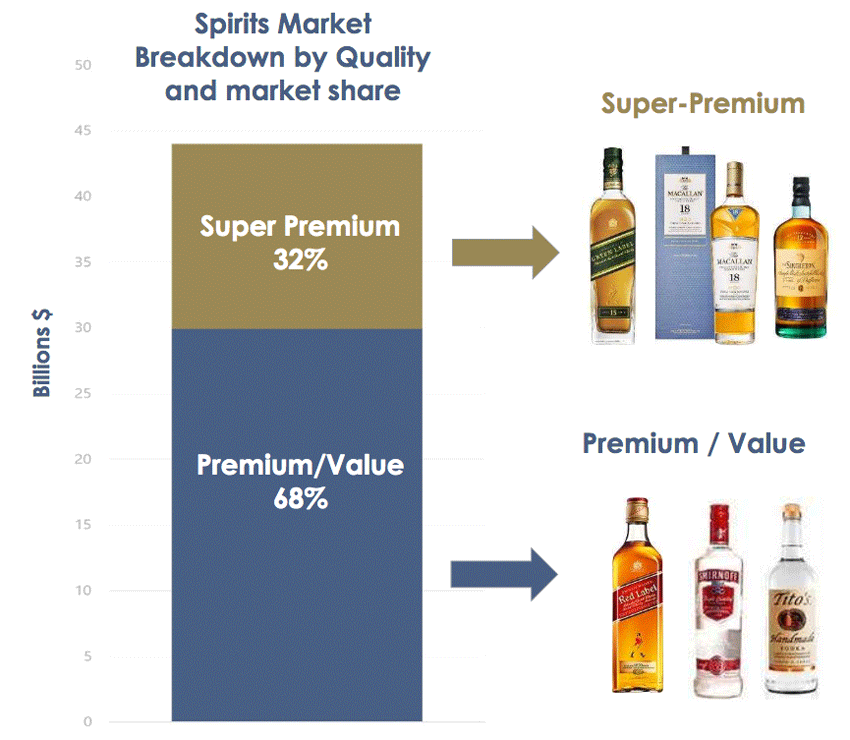 The super-premium category of the spirits market accounts for 32% of all sales…and is growing at a compound annual growth rate (CAGR) of 3.8x to that of the premium category.

This extraordinary growth is due to the desire of consumers – in particular millennials – to bypass the value and premium liquor store shelves in search of high-end, super-premium products. 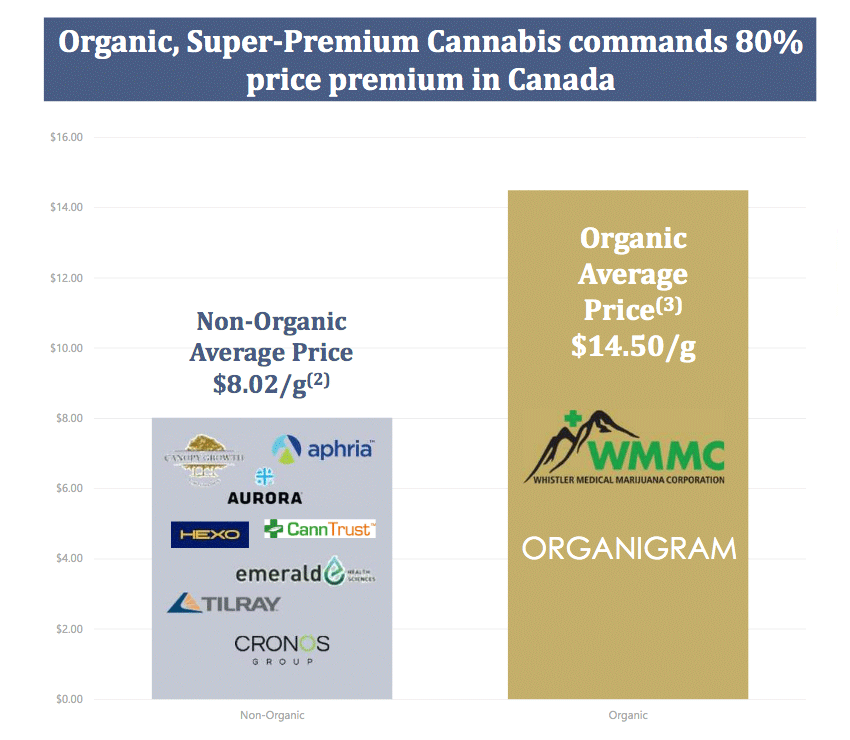 That same type of consumer that has driven the super-premium spirits market higher – those who demand a high-grade product – is who Rubicon Organics is built for.

Rubicon Organics is taking a CPG approach to brand development by designing a unique and captivating consumer narrative, backed by the superior quality of its certified organic product.

Over 47% of Canadian cannabis consumers prefer an organically grown product.

And super-premium, organic products have already been shown to command a significant price premium – as high as 80% — in Canada.

In addition, out of the more than 200 Licensed Producers in Canada, there are less than five certified organic producers…and only a handful focused in the super-premium category.

Rubicon Organics was founded in 2015 by two pioneers in the organic cannabis cultivation space: Jesse McConnell and Peter Doig. 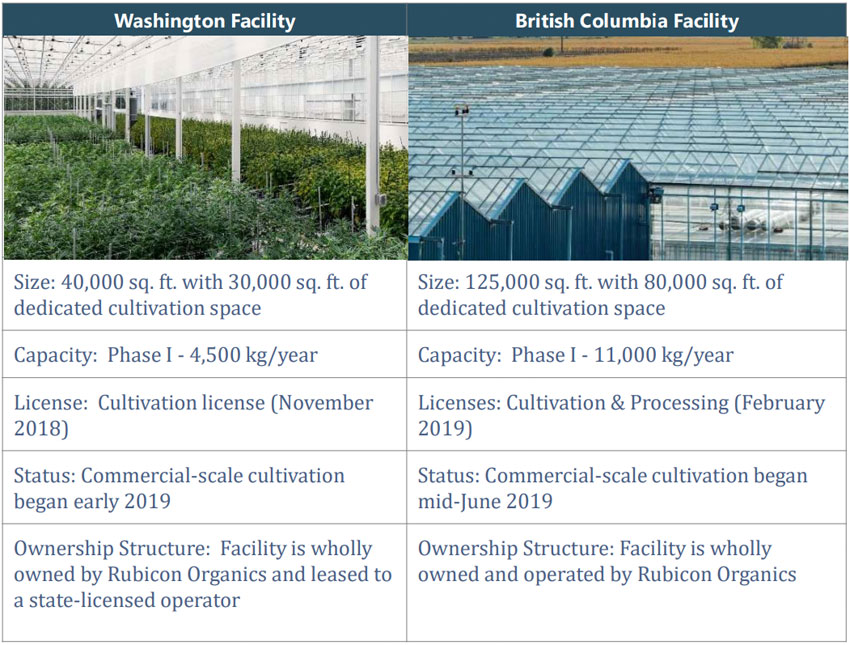 The Company built the first of its kind, state-of-the-art hybrid greenhouse in Washington State in 2017. This 40,000 square foot facility is now leased to a state-licensed operator that is applying Rubicon Organics’ organic cultivation intellectual property.

Rubicon Organics’ second facility, in Delta, British Columbia, was acquired in late 2017 and retrofitted in 2018 to become another state-of-the-art hybrid greenhouse.

And the Company’s organic cultivation IP has already been proven successful in Washington State, where the facility completed its first harvest of super-premium, organic cannabis at scale in April 2019.

That product is being sold in Washington under the super-premium brand SubX, which retails for US $15 per gram.

The superior quality of the cannabis grown at this facility – and using Rubicon Organics’ proprietary IP – led to licensing agreements with the iconic California super-premium cannabis brand, Cookies.

The Most Impressive Margins in the Cannabis Industry

* Rubicon Organics’ goal is to produce ultra-premium quality cannabis at unbeatable operational costs of 33% to 50% less than indoor operations.

* In Canada, the Company is working toward achieving cultivation costs of $0.50 per gram – an industry low cost for super-premium organic cannabis.

* Combined with the premium retail prices of $14 to $20 per gram commanded by super-premium, certified organic products, the Company could potentially achieve some of the highest margins in the North American cannabis industry.

Rubicon Organics has demonstrated an ability to produce an incredible product…so the question is: Can they turn this extraordinary product into a profitable brand?

One quick look at the experienced team leading this company provides the answer to that question.

While many of the companies seeking investor attention in the cannabis space are currently led by investment bankers – with no significant real-world cannabis experience – Rubicon Organics offers a superior alternative.

That’s because Rubicon Organics (CSE: ROMJ); (OTC: ROMJF) is led by a team of industry experts who have successfully built certified organic cannabis companies in the past…and also by proven brand builders who have helped lead some of the world’s most widely-recognized brands.

These dynamic leaders include… 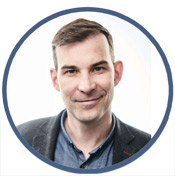 * 15 years of cultivation and consulting experience in the medical marijuana field.

* Co-founded Whistler Medical Marijuana Corp. (“WMMC”) and was instrumental in that company’s license application process with Health Canada. Oversaw the design and construction of the facility and workflows and co-developed the cultivation system, including its conversion to organic cultivation. 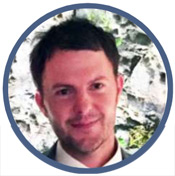 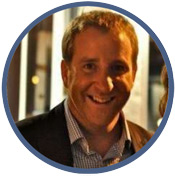 * Brings over 20 years of experience working across luxury, CPG and food & beverage industries around the world.

* Has extensive expertise related to marketing in highly regulated industries and is known for driving commercial rigor throughout the P&L for maximum growth potential. 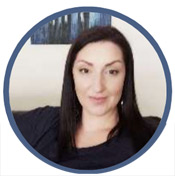 * Has over 20 years of innovation and brand building experience for globally renowned CPG companies.

* Brings to the Company a proven track record of developing successful brands in a rapidly evolving industry.

* Has held senior leadership positions at Diageo, Beiersdorf and The Body Shop. 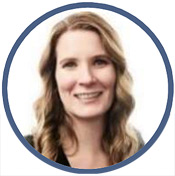 * Brings over 20 years of finance experience to the Company, including a notable 10-year tenure with KPMG.

* Is an experienced CFO of several public companies and holds a CPA, CA designation in Canada.

1) Founded by Industry Pioneers – Rubicon Organics (CSE: ROMJ); (OTC: ROMJF) is NOT led by a group of investment bankers with limited experience. Instead, Rubicon Organics is led by the organic cannabis pioneers behind Whistler Medical Marijuana Corp. (WMMC) and brand-builders who helped lead famous brands such as Red Bull, Diageo, and Proctor & Gamble.

2) High Margin Potential – By focusing on the super-premium category, Rubicon Organics looks to tap into premium retail prices as high as $20 per gram commanded by super-premium, certified organic products. Combined with its industry-low growth costs, the Company could potentially achieve some of the highest margins in the North American cannabis industry.

3) Rubicon Organics Appears Significantly Undervalued – With a market cap currently around $95 million – and a projected EBITDA of between $20-$45 million – an investment in Rubicon Organics (CSE: ROMJ); (OTC: ROMJF) would appear to offer significant upside to investors compared to many of the more established names in the industry.

4) Proven Organic Cultivation IP – Rubicon Organics’ proprietary cultivation IP has already been proven successful in Washington State…and the superior quality of the cannabis grown at its facility has led to licensing agreements with the iconic California super-premium cannabis brand, Cookies.

5) Certified Organic Cannabis – Rubicon Organics is one of only two cannabis companies to receive an organic certification from the Fraser Valley Organic Producers Association (FVOPA). Over 47% of Canadian cannabis consumers prefer an organically grown product.

6) First-to-Market Advantage – Out of the more than 200 Licensed Producers in Canada, there are less than five certified organic producers…and only a handful focused in the super-premium category. This gives Rubicon Organics a significant potential first-to-market advantage in the high-margin, super-premium cannabis space.

7) Significant Insider Buying – Rubicon Organics’ company insiders have been consistent and frequent buyers of ROMJ shares in the open market. When insiders are consistently buying stock – and putting their money where their mouth is – investors can feel confident about the near- and long-term potential for that company. 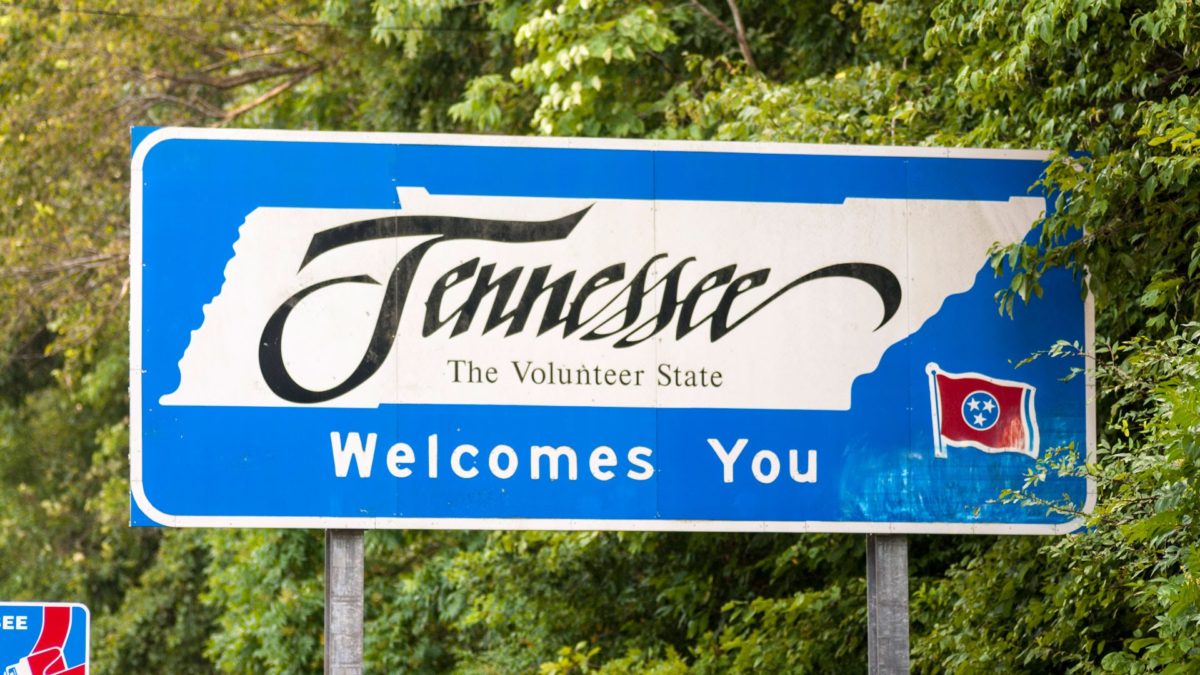 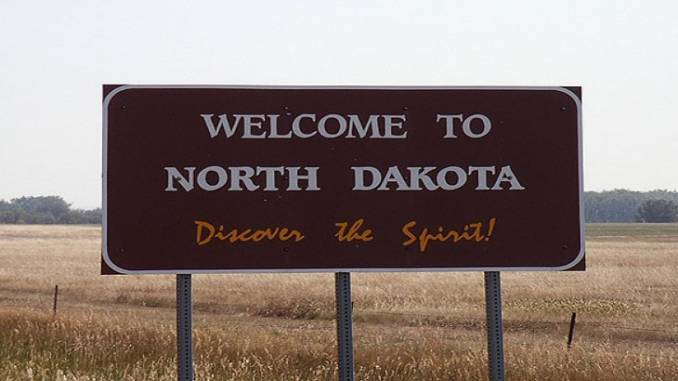 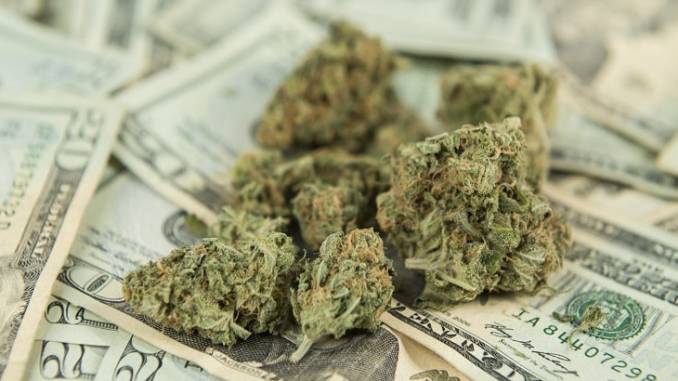